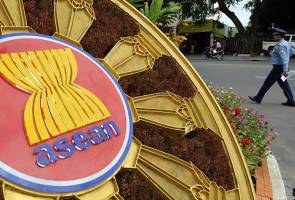 KUALA LUMPUR: The ASEAN+3 Finance Ministers Meeting should be convened to coordinate the stimulus programmes of individual countries in combating the economic impact of the COVID-19 pandemic, a regional think tank said.

The Asian Development Bank Institute (ADBI), in its latest post on its blog, Asia Pathways, said coordinated monetary and fiscal responses at regional level will complement and increase their impact nationally, while at the same time reduce free-riding.

Moreover, it said divergent national policies, even if they are all in the same direction of monetary easing, could add to financial market volatility.

Therefore, coordination would limit exchange rate instability, which may result in competitive devaluations and other beggar-thy-neighbour attempts, as well as destabilise inflation expectations, ADBI said.

The think tank also highlighted the availability of the Chiang Mai Initiative Multilateralisation, which is the ASEAN+3 financial safety net, should a financial crisis erupt.

Although the initiative has never been used, it said the regional effort could complement rather than substitute national effort, which generally rely on their foreign reserve and borrow from the International Monetary Fund as the last resort.

“ASEAN’s success as an economic community has been defined by its ability to use regionalism to promote globalisation.

“It has done this by pursuing trade and investment liberalisation in a non-discriminatory and outward-looking manner,” it said.

The ADBI said ASEAN should reaffirm its commitment to free and open trade, as the temptation to retreat behind borders or resort to forms of protectionism, including export bans starts rising further.

The same applies to the “Plus Three” countries, the think tank said, adding that, the group should stand up at a time when globalisation is under threat.

“COVID-19 is exacting a horrendous toll in terms of human life — it does not have to also ruin the processes and institutions that have served us so well.

“It is in fact an opportunity to put geopolitics aside and increase cooperation in the fight against the common enemy,” it said.

The Finance Ministers are supposed to meet again this year in Incheon, South Korea, where Vietnam and Japan will be the co-chairs of the meeting. Its last meeting was last held in Nadi, Fiji on May 2, last year.