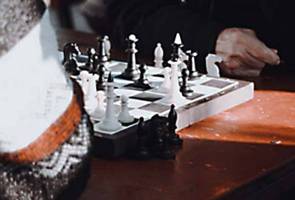 BE it a business leader trying to gain market share and dethrone the incumbents in the industry, or a start-up group trying to make an entrance to a new-untapped industry, they are both in effort to ‘disrupt’ current industry compositions. The disruption they pose may come in forms of product innovation, nimble business model, or simply market-derived profit formula.

Being a successful business leader requires you to be critical and analytical. The ability to forecast potential reaction and moves from the incumbents- existing market player- will provide you a clarity in determining a winning strategy for your organization.

How do you figure out a framework for an actionable strategic planning? Professor Clayton Christensen, a professor at Harvard Business School, is best known with his theory of ‘disruptive innovation’. One of his best-selling book “The Innovator’s Dilemma “ has been called the most influential business idea of the 21st century. Now let’s delve into a disruptive strategy framework revolving around his theories.

A company is built around its resources, processes and profit formula. A company with a profit formula that pivots on small margins and high volume sales will have hard times trying to align a new line of product or services which formula is based on high margin and small volume. These two coexisting each other, will pose an internal disruption for themselves. Salesperson in that company would simply favor to promote the high margin product over small margin, as they can earn more with less work (small volume).

If a profit formula (or product concept) of the new product or service contradicts the core business, it is better off to be set as a separate business unit. This will allow them to test the market at a contained risk exposure to the core business. Shall it sees a potential success, then avenues to integrate that innovation into the core business is a synergy to be developed.

An interesting case study, is of OnStar Corporation, a subsidiary of General Motors (GM), one of the world’s largest automobile manufacturer. OnStar was intended to be an experimental initiative for GM as part of their subscription-based vehicle features. Upon inception, OnStar team had no clue what features should they be focusing on. Safety? Convenience? Productivity?

They have little no clue what does the market highly demands. So they developed an array of all features for GM cars that they can possibly develop with available technologies at that time, which includes car locating and crash responders (safety), concierge service or call services to find an address (convenience), and call hook-up and address look-up call services (productivity).

OnStar approached the market with a broad strategy. OnStar wasn’t sure what services would resonate with the customers most, thus they allowed new (emerging) ideas to surface and be tested and deployed in the market. They allocated resources conservatively amongst all emergent strategies. Emergent strategy is always appropriate when the future is hard to read and it is yet to be clear what the winning strategy is.

OnStar made fortunes and became a high profitability company, north of $2bil revenue. Shall they be heavily invested in the wrong strategy, say, convenience feature, there is a likeliness for GM to disband on the OnStar project due to its poor profitability.

Professor Clayton also asserted a concept of Good Money vs. Bad Money. All operations shall require capital investments and funding. The type of funding these initiatives receive can be of great influence to their success.

A good money, will drive companies in their nascent stages to be aggressively profitable, but patient for growth. A bad money will nurture the otherwise. Once a winning strategy has been discovered, a good money will aggressively drive for growth, but be patient on profitability. As long as the growth is built upon the winning strategy, profitability will come eventually. Per se, it will skate to where the money is.

Disclaimer: Author is a student of the Business Disruption Strategy at Harvard Business School. Thus this article is a self-articulated and simplified version of Prof. Christensen’s Disruptive Theory, to better accommodate readers without in-depth context.