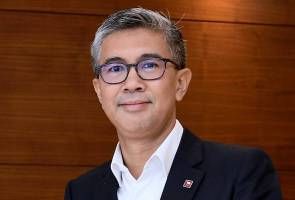 KUALA LUMPUR: The government will not get involve in any bailout of airline operators although they are badly affected by the COVID-19 pandemic as their business is run commercially, said Finance Minister Tengku Datuk Seri Zafrul Abdul Aziz.

“The Ministry of Finance (MoF) does not involve in any bailout to help aviation companies but we will help the industry,” he said on the sidelines of his working visit to the Employees Provident Fund (EPF) headquarters here today.

Tengku Zafrul said Khazanah Nasional Bhd’s Board of Directors has not heard any news related to a capital injection of RM5 billion into Malaysia Airlines Bhd (MAB).

According to a report by Bloomberg, Khazanah is considering to inject fresh capital worth up to RM5 billion (US$1.2 billion) into MAB to see it through the COVID-19-induced slump in bookings.

“This is the first time I heard about the report (capital injection)… I don’t comment on speculation but honestly, I never heard of that from the board or Khazanah managing director that they will put money for Malaysia Airlines.

“But if they do, it is up to the company. As far as I know, the Finance Ministry has not provided any allocation for Malaysia Airlines, “he said.

Tengku Zafrul is one of the members of the sovereign wealth fund board.

The aviation industry was ‘muted’ following global border closure to curb the spread of COVID-19. This has impacted airlines’ bottom lines and downsizing operations were seen as one of the options to remain relevant in the business.

It was reported that MAB has asked its 13,000 employees to take voluntary unpaid leave due to COVID-19, while AirAsia Bhd has laid off 111 flight attendants, 172 pilots, and 50 engineers.