Jalil Rasheeds fate could be known as early as June 15th 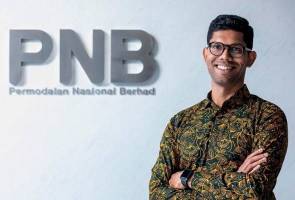 KUALA LUMPUR: PNB’s President and Group Chief Executive (PGCE), Jalil Rasheed is expected to be relieved of his duties in the days to come.

However, the manner of his dismissal from office is exacerbated currently because no parties have declared official positions regarding the matter.

It is understood that the PNB board, as well as the overarching body that owns PNB – the Yayasan Pelaburan Bumiputra (YPB) will meet as early as June 15, 2020 to discuss the matter.

The PNB Board is expected to learn about the decisions made at YPB before they themselves continue to deliberate on the matter. Reports show that the board will meet on June 17, 2020.

Before examining the appointment of Jalil, it is worth exploring why the previous PNB boss was dismissed in the first place.

Datuk Abdul Rahman Ahmad is a trained accountant and is a known entity in the Malaysian corporate circles.

DARA, as he is commonly known, has since been appointed on June 10, 2020 as the Group CEO of CIMB following Tengku Zafrul’s departure in that role to become the new Finance Minister.

There were no clear reasons given as to why they didn’t renew DARA’s contract. It is also worth noting that the previous PNB Chairman, Tan Sri Abdul Wahid Omar was also summarily dismissed under near-similar circumstances.

This has set the stage for the appointment of Jalil as the new PNB’s PGCE to come about under dubious circumstances.

Then-Prime Minister, Tun Dr Mahathir Mohamad was asked on August 29, 2019 by the press, on Jalil’s appointment, he responded “I don’t know anything about this,”.

Dr Mahathir even asked back to the reporter “when did this appointment happen?” to which the reporter responded, “effective 1st October Tun”.

It must be said that Dr Mahathir was also a member of YPB then, by virtue of him being the Prime Minister.

The same notion of why Muhyiddin sits on the YPB board now.

It is therefore very puzzling that a YPB member, who is double hatting as the Prime Minister, was not briefed on the appointment of a new CEO of Malaysia’s largest fund house, sitting on top of an Asset-Under-Management of over RM320 billion as at December 31, 2019.

To compound matters even further, Jalil’s curricular vitae is now under scrutiny.

His last job prior to joining PNB was at Invesco, an American investment management company headquartered in Atlanta Georgia.

Issues surrounding his job title while at this firm is now being questioned.

Detractors argue that his official job title was as an Investment Director.

He however claims that he is the CEO of Invesco Southeast Asia.

This may mean little to most, but at a time when character is now being questioned, even the minute detail is now being observed with intense scrutiny.

Jalil began his career in Axis-REIT, where he claims on his Linkedin site, that he ‘was involved in its listing as Malaysia’s first REIT.

Allegations are now hurled at him, by saying that there was an element of nepotism in the air, since his brother was also at Axis-REIT and assisted him in securing a position there.

He also claims that he was 27 years old when he was named as the CEO of the Shariah business of Aberdeen Asset Management.

A quick check with the past and present constituents of Aberdeen in Malaysia would get you varying certifications to this single claim.

But all this is moot as the biggest question surrounding his CV is down to his academic qualifications.

It seems his university degree can now be found on social media as news of his qualifications are spreading.

The degree clearly states that the University of London, in association with The London School of Economics and Political Science awards Jalil Rasheed with the bachelor’s degree.

Jalil is known for informing the press and the public, that he is an LSE graduate, with him not normally seen or heard mentioning being a UoL graduate.

According to veteran newsman, A. Kadir Jasin, ‘the reason they (the Perikatan Nasional government) cooked up (in dismissing Jalil) is his academic qualifications, which some authorities said was a matter of interpretation’.

Kadir goes on saying that ‘some say it is a matter of semantics. The LSE is one of the 17 colleges under the UoL. He got his degree from UoL but he allegedly reported it as the LSE’.

The crux of the matter in this new saga is actually an old disease.

Time and again, Corporate Governance remains a blight on Malaysia’s progress to becoming a developed nation.

From the now-emblematic and near-synonymous to corruption scandal of 1MDB, to the various corruptions perpetrated by both the public and private sectors. Corporate Governance is again put to the test.

For the umpteenth time.

This time, it is about the process and procedures that should have taken place when appointing a CEO of a public institution like PNB.

In this regard, Jalil’s appointment should not have been an issue if proper and correct due diligence was carried out upon his hiring.

Evidence of any due diligence on Jalil’s hiring should surface now if indeed it was properly done.

Furthermore, regulatory bodies must now show evidence that Jalil is indeed who he says he is, so as to put the matter to rest.

Securities Commission (SC) for example must provide proof that they acknowledge Jalil as an investment executive in Malaysia.

Kadir argues that this similar certification was accorded to him from SC-equivalent authorities elsewhere in the world, and that ‘Jalil had no problems with his practicing licenses from the regulators in Hong Kong, Singapore, and the United Kingdom.

They would have revoked his licenses had they found him to be misrepresenting himself. Their standards are more stringent than ours’.

Jalil’s qualifications, character and reputation is now being questioned. The solution to this is fairly straight-forward.

The stakeholders of PNB, such as the YPB, SC, MOF and others, should come out and air the dirty laundry they have on Jalil, if they have any.

If there’s none to be shown, then this matter should be put to bed quickly, as quick as it had come about in the first place.

This event is as much an examination on Jalil’s character as it is on Malaysia Incorporated.