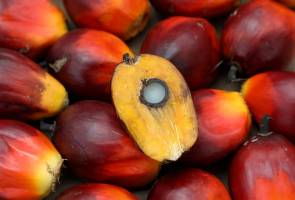 KUALA LUMPUR: After five years of often back breaking work on a Malaysian palm oil plantation, Bangladeshi national Babul told his employer this month he was ready to call it quits.

The plantation owner in the Malay peninsula immediately countered with a bonus of 500 ringgit ($100) – around a quarter of Babul’s monthly salary – to entice him to extend his contract by at least a year.

The coronavirus pandemic is exacerbating a labour shortage in the Malaysian palm oil industry, which is heavily reliant on foreign workers. Thousands have already abandoned plantations in the world’s second largest producer, heading home as borders closed, adding pressure in an industry where around 2-3% of foreign workers “abscond” each year.

The labour crunch threatens to reduce Malaysia’s output and exports at a time of increased competition as global demand for palm oil is forecast to slip by around 3% in the current crop year.

Babul’s employer is among those trying to entice foreign workers, who make up roughly 84% of field hands in the country, to stay.

“I told my boss I don’t want to be here anymore,” said Babul, who sprays pesticide in the field. “He said the borders are closed, asked me to wait until the virus is settled and extended my contract by another year.”

Babul, who declined to give his second name and asked Reuters not to identify his employer, normally sends home more than two-thirds of his roughly 2,000 ringgit ($469)-a-month salary.

The state-run Malaysian Palm Oil Board (MPOB) says the industry employs nearly 337,000 foreigners but is still short by more than 37,000 field workers.

Among the exodus were thousands of workers from neigbouring Indonesia in March as Malaysia closed borders to contain the coronavirus. There are fears of a renewed flood of departures when borders reopen.

A dearth of workers could delay palm fruit harvesting and curb oil output as extraction rates fall when fruit bunches are picked late.

The MPOB has forecast the country’s 2020 crude palm oil output to fall 4.3% to 19 million tonnes. Exports, on which Malaysia is more dependent than top producer Indonesia because of lower domestic consumption, are forecast to slump 11% to 16.5 million tonnes.

FGV Holdings, the world’s largest crude palm oil producer by volume, is among those who have launched new initiatives to keep workers.

“We are looking at retention initiatives to entice plantation workers to work longer with us by offering contract renewal, new facilities such as e-wallet, sundry shops and corporate social responsibility programmes,” FGV said in an email.

Plantation workers typically work long hours and live within plantation estates. They are usually paid a flat minimum wage plus incentive payouts linked to performance, such as the tonnage of fruit collected.

Labour typically accounts for 30-40% of production costs in the palm oil industry, and the new incentive plans would add to that bill.

The Malaysian government has asked companies to make the work more attractive for locals who have shunned what they see as dirty, dangerous, and difficult jobs.

Singapore-based Wilmar International Ltd, said it was intensifying its recruitment drive for locals and boosting productivity with training.

However, MPOA, which represents big planters such as FGV and Sime Darby Plantations Bhd, agreed to look locally for general work like fertilising but still wants the government to issue foreign work permits for harvesters.

Harvesting is considered a difficult skilled job as workers need to lift a long pole to pick the palm fruits from trees that can tower as high as 25 metres.