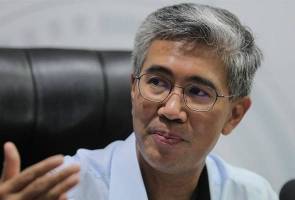 “The date will be announced soon,” he said when presenting the Eighth LAKSANA Report on the Progress of the PRIHATIN implementation on his Facebook page today.

As for the remaining recipients, Zafrul said they could claim the aid from any Bank Simpanan Nasional (BSN) branch until Dec 31, 2020.

On the Employees Provident Fund (EPF) i-Lestari programme, he said as at June 5, the number of applications approved increased to 4.1 million compared with 4.0 million previously.

“The total payout involved was RM1.94 billion a month,” he said.

On the EPF’s employee contribution reduction from 11 per cent to 7.0 per cent, he said as at June 5, over 5.7 million workers opted to continue reducing their contribution.

He said the total EPF’s contribution deduction from members to date accounted for RM1.87 billion, while the total number of contributors, who chose to keep their contribution at 11 per cent, was now 1.85 million (compared with 1.7 million previously).

On the one-off RM600 special payment for tourist guides, Tengku Zafrul said as at June 5, there were still pending payments for 1,868 out of 8,323 tourist guides due to inaccurate bank information.

“Those eligible, who have yet to receive the payment can claim the cash aid from BSN counters beginning June 15, 2020,” he added.