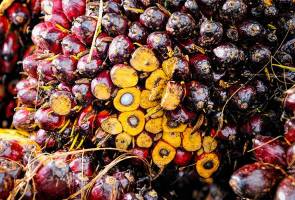 KUALA LUMPUR: COVID-19 hit oil palm smallholders and companies can heave a sigh of relief overt a tax exemption provided under the National Economic Recovery Plan (PENJANA) that was aimed at managing the country’s stock level and stabilise the crude palm oil (CPO) price.

Commenting on the initiative, the Malaysian Palm Oil Board (MPOB) said the tax exemption will encourage industry players to sell more palm oil and help them earn more income while solving their problems, including the additional costs incurred during these difficult times.

The announcement also bodes well with India’s decision to import 1.14 million tonnes of vegetable oil in June from the April-May monthly average of 865,000 million tonnes.

Indian Vegetable Oils Producers Association (IVPA) president Sudhakar Desai was recently reported as saying that with the easing of lockdown, the average vegetable oil import was expected to rise to about 1.3 million-1.4 million tonnes per month from July until September, he said in a statement issued in conjunction with an IVPA-hosted global webinar on May 29./p

“The renewed purchases by India was spurred by low domestic vegetable oil stocks in the country arising from the lockdown measures implemented since March 24, 2020 which has affected the movement of goods.

“The easing of the lockdown measures has enabled the Indian importers to resume stocking up the commodity. We hope that India will again emerge as a valued customer for the Malaysian palm oil,” he said.

The MPOB, he noted, is looking forward to better export figures to India in the second half of 2020 as it comes out of the COVID-19 pandemic as businesses have started operating within the new normal.

MPOB chairman Datuk Ahmad Jazlan Yaakub said the government’s announcement would definitely help the industry boost the export value of Malaysian palm oil, especially to India as the Indian government has not extended the import restrictions on refined palm oil.

“The MPOB is always committed in its efforts to ensure the palm oil industry continues to thrive and is competitive. We have always put the interests of our smallholders, industry and country first in our operations,” he said.

Ahmad Parveez noted that if all is well, the country’s stock level would not be hitting the three million tonnes mark by year-end as predicted by plantation experts (from expectations of 2.28 million tonnes in May) and CPO average price in 2020 could stay at RM2,500 per tonne.

The good weather conditions this year is expected to bolster good production for edible oils worldwide, hence, providing a stiff competition to CPO.

While its close competitor, Indonesia, is increasing its import duty by US$5 to US$55, Malaysia could stand a chance to entice more palm oil buyers with its cheaper price.

“This (tax exemption) is a nice package and timely and it will benefit the whole industry,” Ahmad Parveez said.

However, he said rest assured, the commodity will still be sufficient for local consumption.

“CPO futures received a boost after the (PENJANA’s) announcement. Malaysia can expect higher CPO exports to countries like India and Pakistan and its CPO export prices will have a competitive advantage over Indonesia,” he said.

However, he cautioned that the strengthening ringgit against the US dollar may cut the competitive advantage.

Commenting on India’s plan to promote domestic cultivation of palm oil due to its high yield of four tonnes per hectare, Sathia said India’s palm production is negligible.

“It is 70 per cent dependent on edible oil imports with palm making up the largest chunk followed by soybean oil,” he said.