Proton sales in May show early signs of recovery 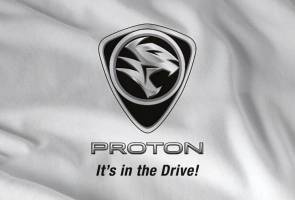 KUALA LUMPUR: PROTON Holdings Bhd said there were early signs of recovery as it sold 5,676 vehicles, an improvement of 73.2 per cent compared with March 2020, despite the need to comply with the standard operating procedures of the Conditional Movement Control Order (CMCO).

Automotive companies restarted operations under the CMCO and the industry in Malaysia took its first tentative steps down the road to recovery in May with nearly a full month of sales in the books.

“In May 2020, PROTON sold 5,676 vehicles, accounting for an estimated market share of 23.3 per cent. During the same month in 2019, the company sold 10,611 units marking a difference of 46.5 per cent and a reflection of the challenging market conditions arising from the COVID-19 pandemic,” said PROTON.

The 5,676 units in May is an improvement nevertheless, it said in a statement.

“The MCO and CMCO were an unprecedented event in Malaysia’s history and affected every aspect of the national economy. The automotive industry is now moving towards recovery but as expected, the first month has been a period of adjustment as we adapt to the ‘new normal’ regarding all aspects of our operations,” PROTON’s Chief Executive Officer Dr Li Chunrong said.

It will take a few more months to get an accurate reading of market conditions but PROTON is quite confident from this point onwards, it will see steady growth for the rest of the year, he said.

Year-To-Date (YTD) PROTON’s volume reduced by 23.3 per cent for the first five months of the year while Total-Industry-Volume (TIV) is estimated to have shrunk by 48.7 per cent over the same time period.

In terms of market positioning and market share, PROTON remains as the second most popular car brand in Malaysia with a YTD market share of 21.1 per cent, which is in-line with targets set for the year.

PROTON’s performance in May was the direct result of four models being the best-sellers in their respective market segments., it said, adding that, the Proton X70 retains its position as the best-selling C-segment SUV in the country, and cumulatively for 2020, it is also the best-selling SUV overall.

Assembled on a new production line in Tanjung Malim, it received a product update in May, an N95 cabin filter, as part of its Proton-Intelligent Air Purifier System (P-IAPS). The new part is also offered to current Proton X70 owners as a replacement for their dust and pollen filter, said PROTON.

There was more success for PROTON when the venerable Proton Saga achieved the accolade of best-selling car in Malaysia for May. It is the first time the updated 2019 model has managed the feat and also means it was the most popular A-segment sedan in the country last month.

Other Proton models also performed very well with the Proton Persona being the best-seller in the B-segment sedan category while the Proton Exora remained in its customary position at the top of the C-segment MPV market.

For the month of June, PROTON will continue to offer better value to entice car buyers. Purchasers of the Proton X70 will be eligible for zero per cent financing for the first year, subject to a set of terms and conditions.