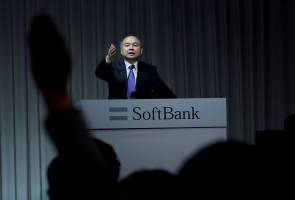 TOKYO: SoftBank Group Corp Chief Executive Masayoshi Son said on Thursday the equity value of the group’s holdings has recovered to pre-coronavirus outbreak levels, in a defence of his investing reputation after the group was hammered by losses.

The rise in corporate value was driven by the growth of SoftBank’s stake is Chinese e-commerce giant Alibaba Group Holding Ltd and following the successful merger of its U.S. wireless unit with T-Mobile US Inc.

SoftBank has undertaken a complex transaction to divest part of its T-Mobile US stake to raise $20 billion. That brings the total from its asset sale programme, which includes monetisation of stakes in Alibaba and wireless carrier SoftBank Corp, to $35 billion or 80% of the planned total, Son said.

Those funds are being allocated to share buybacks and to increase SoftBanks’s financial leeway. Son’s group was hit with a record annual loss in the year ended March as his tech investments faltered.

“We have worried a lot of people who thought that SoftBank is finished or is SoftPunku,” Son told a shareholder meeting, using a play on the word “puncture” used colloquially in Japanese when something is broken.

The record 2.5 trillion yen ($23 billion) share buyback programme is a means of increasing value for shareholders, who should temper their expectations around dividends, Son said.

The meeting saw the appointment of new board directors including entrepreneur Lip-Bu Tan, who was elected despite the opposition of proxy adviser Glass Lewis.

Son also said he is stepping down from the board of Alibaba, following co-founder Jack Ma’s departure from SoftBank’s board.