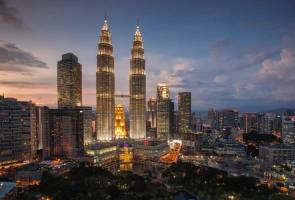 PUTRAJAYA: Tourism tax exemptions for the period from July 1, 2020 to June 30, 2021 are among the measures the government has taken to revive the industry in the country.

Prime Minister Tan Sri Muhyiddin Yassin said the government is also postponing tax instalment payments to the tourism industry such as travel agencies, hoteliers and airlines until the end of the year.

The third step, he said, is tax exemptions on accommodation services will also be given from September 1 to June 30 next year.

“The fourth step is the individual income tax relief of up to RM1,000 on travel expenses in the country, which has been (previously) extended until December 31, 2021.

“The tourism sector is one of the sectors most affected by the COVID-19 outbreak. To reinvigorate the tourism industry, we will implement these four tax measures,” he said in his special address on the National Short-term Economic Recovery Plan here on Friday.

In addition, to assist the tourism sector, Muhyiddin explained that the RM1 billion PENJANA Tourism Financing Scheme will be offered to finance the transformation initiatives by the tourism sector SMEs to stay competitive in the new normal era.

He said details of the fund would be announced by Bank Negara Malaysia next July.