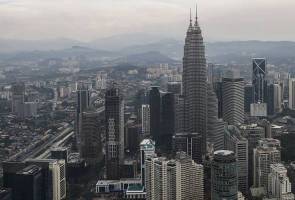 MIDF Amanah Investment Bank said even though there might be gradual recovery starting the third quarter of 2020 (3Q20) in line with the relaxation of the movement restrictions both domestically and globally, economic contraction in the second quarter of 2020 (2Q20) is largely expected for Malaysia.

“Several measures announced in the expansionary policies are likely to provide relief to people and businesses and entice consumption, eventually contribute to economic growth,” the investment house said in a research note today.

The Department of Statistics Malaysia, yesterday, announced that Malaysia Leading Index (LI) plunged further to -5.5 per cent year-on-year (YoY) in April 2020 from -3.6 per cent in the previous month due to negative contributions from the number of housing units approved and new companies registered.

MIDF said weakening performance of the index indicates that the economy will continue to contract in the upcoming months.

Similar to LI, coincident index (CI), which measures current economic performance, also slumped by -19.3 per cent YoY compared to -3.6 per cent YoY in the preceding month, reflecting the impact of a full month of the movement control order (MCO) as businesses were closed and demand declined.

The research house said the latest CI suggested that February 2020 was the highest point of the cyclical turn, reflecting the end of the expansion phase or beginning of recession phase for the economy.