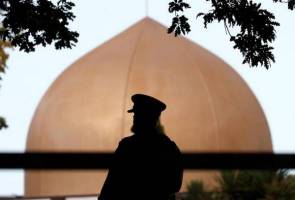 IN the modernity of today, there should never anymore be any holding of hostage in an unfair exchange for freedom and right to live in an unwarranted fear despite so much a wealth of stark differences and diversity visible on our religious and cultural canvasses which underlie the assurance of our continued peaceful coexistence.

The antiquity of yesterday which saw a terrible fall of humanity and the absolute death thereof by a singular reason of divide in one’s choice in divine submission however still appears actively surviving and are conspicuously at large with full armoury at the ready to set on its next casualty whenever time permits and opportunity presents itself.

The casualty is none other than our innocent human brethren who have had to have their lives taken irresponsibly away in the name of religion so that a much easier path in one’s pursuit of eternal happiness are paved and that what was believed to be a heavenly reward as a result of such shedding of blood would be secured happily and enjoyed in perpetuity.

We have witnessed countlessly a litany of aggression committed under the guise of religion pervading across various civilisations and societies. Many had been in the past left severely impoverished and they were further guilted into silence notwithstanding the continuing fundamentalism that wielded its moral sceptre in order to command such acquiescence.

Indeed, this is a direct result of hate, seed of which is deeply rooted in such intrinsic belief in the delusional exclusivity and absolutism of which we must at once disabuse.

We theorise on our own terms unchallenged by that of others, a structural form of our religion and we manage its substantive tenets in the order through which we would vehemently strive to exclude any possibility of being in error or at least comparatively inferior.

Our selfish-selves are to blame for such falsity and the plethora of its resulting calamity. Because of our absolute faith in how our religion is the only truthful one, we have become equally absolute in how we perceive that other religions are wrong and we assert our total rejection through flagrant condemnation and continued violence by styling ourselves with pride as defenders of faith.

When one’s lacking fitness to understand let alone fulfil in practice what his God actually asks of him is materialised through an act detrimental to the lives of others, the most fearful outcome is none other than the consequential danger of fallacious hasty generalisation that the religion itself is the scourge of all these existing atrocities.

The Christchurch shooting which took place recently for instance is already a dreadful tragedy. It really does not help that the Islamophobes who insist that equal, if not more amount of culpability should be extended to Muslims who, in the former’s misguided opinion, have instilled fear in the latter so profound enough that these gunmen are impelled to think it justifiable that Muslims are an inherent creature of terror and violence, thereby pleading reduced liability on the part of these terrorists by seeking to suggest contributory extremism by Muslims.

This vicious cycle is not at all foreign to all especially those of faith. It has long been a sore sight to sadly behold. What keeps us from breaking this cycle is something of an already discovered mystery.

We are far too afraid to concede that religion as a divine unit is meant to be shared in value. Any perceived teachings proven morally inconsistent with the principles of unity and human order must to the extent of their inconsistencies be effectively prescinded.

No amount of compromises ought to be accorded to any precepts which bring about only further divides amongst human beings.

Obsession with religion has become as an established proof of annihilation of humanity as fear for those overfond of its puritanical values completely denuded of compassion, love, and most importantly, respect which religions are after all desirous of.

Religion is not a race which its adherents must compete with that of others in order to appear more triumphant in the eyes of God.

Likewise, one’s thirst for religiosity must never be quenched by sipping the blood of others. Such is not an exhibition of piety. Instead, it is clear-cut case of unforgivable murder.

* Alan Razak is an Advocate and Solicitor of the High Court of Malaya.

** The views expressed here are strictly of the author’s and do not necessarily reflect Astro AWANI’s.